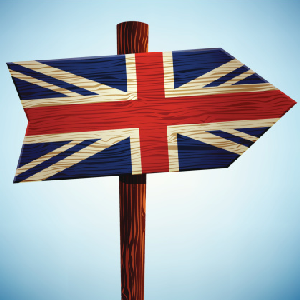 Anthony Ellender has been investing for more than 30 years. He is now retired, but his investment strategy has not changed significantly: he likes to invest in good quality shares and investment trusts that pay a decent dividend.

Ellender says: “I am a long-term investor. I’m not looking to buy and sell shares on a regular basis or trade them. I want to hold investments that have the potential to grow over the long term.”

He continues: “My first investments were when I was working overseas. I invested on a monthly basis into a few global investment trusts, such as Foreign & Colonial (FRCL) and Alliance Trust (ATST).”

These proved to be decent investments, and helped him start to invest for the future.

“The fund’s objective is to grow both capital and income and in both respects it has delivered. In particular, the fund has paid 46 years of consecutive dividend increases with the expectation that this will continue,” he says. “Dividends were covered by income in 2016, and there are reserves of around 18 months at current levels.”

Alliance Trust, another long-established global trust, has a Neutral Rating after a period of boardroom upheaval. The trust published a strategic review in December last year, announcing plans to move to a multi-manager approach. This has narrowed the discount it currently trades on, but Morningstar analysts note that it is still “early days” and it remains to be see whether this new direction will deliver improved long-term gains for shareholders.

Ellender first invested in these global trusts when he was based in Arabia, working with the Armed Forces. “When you are younger you don’t always have much money to invest. At the time we were living abroad and our children were at boarding school, so this was an expensive time.”

But saving on a monthly basis helped the family start to build up a nest egg, he says.

Ellender took advantage of the various privatisation schemes of UK state enterprises in the 1980s and 1990s, and bought shares in both BT (BT.A) and British Gas, which has subsequently split into Centrica (CNA) and BG Group, which has then acquired by Royal Dutch Shell (RDSB).

Ellender now has a portfolio of around nine shares. He manages this portfolio through his Selftrade account, and uses this to invest in tax-efficient ISAs.

This portfolio includes BAE Systems (BA.), a company Ellender worked for before he retired.

This company has a two-star rating from Morningstar equity analysts, suggesting that at the current share price it is overvalued. Like many large UK companies that derive substantial income overseas, BAE has benefited from the falling value of sterling over the past year.

BAE is among the largest defence contractors in the world, and is one of the six largest suppliers to the U.S. Department of Defense. It is involved in the manufacture and sales of aircraft carriers, naval vessels, submarines, armoured fighting vehicles and general munitions. Morningstar notes that as a dominant and, in many instances, the only player in these markets, BAE enjoys an unbeatable advantage.

Morningstar raised its fair value estimate for the company’s shares from £5.20 to £5.64, after a strong year end. Currently BAE shares are trading above this level.

Other shares owned by Ellender include Majestic Wine (WINE). Ellender says it will be interesting to see how this company fares now that the old management team have left, and it is essentially the Naked Wines team that will be running the company.

However, while Ellender made good returns from these investments, not all his shares have proved so lucrative. He bought into Tesco (TSCO) but ended up selling out at a loss.

This grocery giant has had a tumultuous few years: with the share price falling over one, three, five and 10 years. Over five years the company share price has fallen by almost 8%.

Tesco found its market squeezed by the discount supermarkets, such as Lidl and Aldi, as well as higher-end food retailers Waitrose and M&S Food. Its problems were further compounded by an accounting scandal.

Philip Gorham, an analyst at Morningstar says the retailer is “in recovery mode”. But he claims it is far from plain-sailing yet.

“We are maintaining our fair value estimate for no-moat Tesco after reviewing its preliminary fiscal 2016-17 results, which were slightly disappointing. Despite the April 12 sell-off, after the report, we continue to regard the shares as a little overvalued,” he said.

Best of British Despite Brexit

Ellender says that he is sticking with UK-based shares despite the geo-political uncertainty. He says: “I simply don’t feel I have the knowledge to start dabbling in overseas based shares. There have been the recent French election results for example. They make for interesting reading, but I don’t have the knowledge or the insight to see how this might affect the fortunes of a company like Carrefour (CA), the French supermarket chain.”

Fund Fees “Not Worth It”

Although Ellender is a fan of investment trusts, he says he would prefer to avoid unit trusts and OEICS.

He says: “I’m not convinced that the charges on funds are always worthwhile. I think this is particularly true of fund of funds. Many of them seem to be simply investing in one another’s funds, which seems to bump up charges for ordinary investors.”