Effective client reporting is telling the investor what they need to know, not what you want them to know 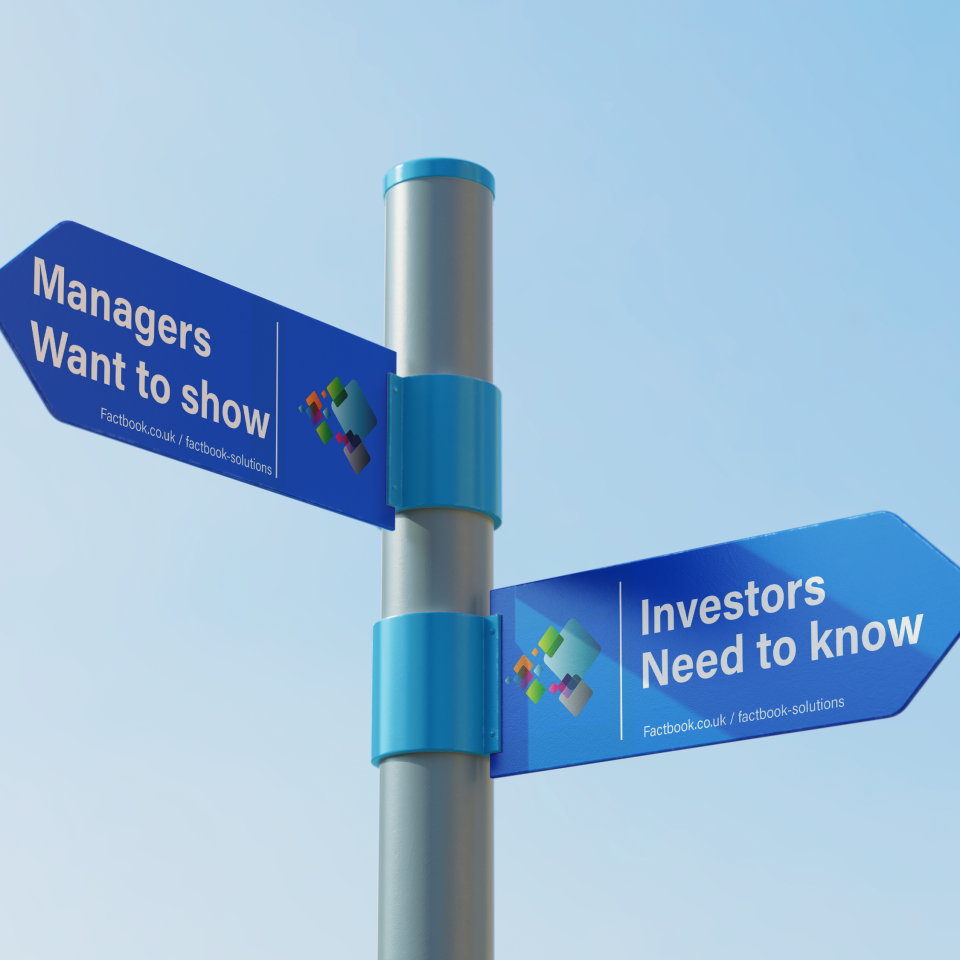 Abbey Shasore, CEO, Factbook, discusses how buy-side firms must seek to answer the genuine questions in their investment reporting.

The recent Presidential debate in the US reminded me of an oft-forgotten parallel in the world of investment reporting: that of responding to the question that you wish to answer rather than the actual question being posed.

It is a well-known fact that investment managers routinely include data in their client reports or fund factsheets that the investor is not actually interested in. The approach of some investment management firms can appear to be that ‘we will tell you what you should be interested in’, rather than trying to understand the client in terms of the information that is actually desired.

If a particular fund is underperforming, the tendency for a fund manager is to attempt to report on the (relatively minor) positives in the performance rather than the overwhelming negatives. Is that, however, what the investor really wants to read? Wouldn’t the investor rather hear plainly that fund performance was poor over the period, but these are the lessons learned?

Of course, on occasion the problem is the delivery of useless information, as opposed to data that the investor might be less interested in. For example, the use of graphics in client reports can be a valuable asset, but one has to always ask whether the data that is being revealed has intrinsic value? I have seen pie charts where the main segments are either over 95% in one asset class or geography or even as much as a 100% – when the nature of the mandate is reflected in the name of the fund e.g. European Bonds. Is that delivering information that the investor could not have determined themselves? The need to follow a heavily enshrined template of a certain number of graphics on every report can sometimes override common sense when there are simply no suitable statistics to represent for that period.

This leads me onto my next point, namely that in some instances the artistic design and presentation of the data can appear to be the priority (when the relevance of the actual information is negligible). We live in a world where there are such vast quantities of data (and where attention spans appear to be shortening), to the extent that visual presentation is now critical. Perhaps as cloud-based reporting has become more prevalent and expectations of well designed, user friendly client portals have increased, there has sometimes been more focus among Client Reporting teams on issuing attractive documents rather than ensuring that the pertinent information is being delivered.

Investment managers need to shoe-swap with their investors when compiling reports. The first question an investor wants to answer is whether their portfolio is worth more or less than the previous quarter. They want to know much the fund has gone up or down due to changes in the actual value of the investments, after stripping out cash inflows.

Another critical piece of information that is sometimes overlooked is the impact of fees. Investors desire to know how much this period’s profit (or loss) has cost them. And could investors even be provided with a viewpoint on what is anticipated for the next quarter, rather than a wholly retrospective position? In a loss-making scenario, this forward-looking information would be of particular interest.

My view is that, where appropriate, investors should be consulted as to what they would find to be of value (with guidance as necessary from the reporting software firm). This kind of additional contact point then becomes a further opportunity for client services to build, develop and add value to client relationships as we suggested in a previous blog on the role of reporting as a client servicing tool (‘Days are numbered for quarterly client reporting’ https://bit.ly/37kz48A). Such degrees of enhanced client service will increasingly become the expectation. The investment manager in turn should expect their vendor partner to accommodate and help deliver on such requirements.

The key to much of this customisation of data is automation. For example, it is possible to apply automated rules to the data so that if the calculations result in a certain outcome, then a specific graphic will not be shown and instead a performance chart or additional text from the fund manager will be presented.

My belief is that it is the responsibility of the software vendor to explain this capability to the investment manager when faced with a scenario involving large amounts of inconsequential data being sent to investors. The key point here is that there needs to be an automated process within an investment manager’s reporting that flags up meaningless data and prevents it from being issued.

I see buy-side firms becoming more selective about the data that they provide to investors in the future, with the volume of data becoming less important than the relevancy or expediency of the information.